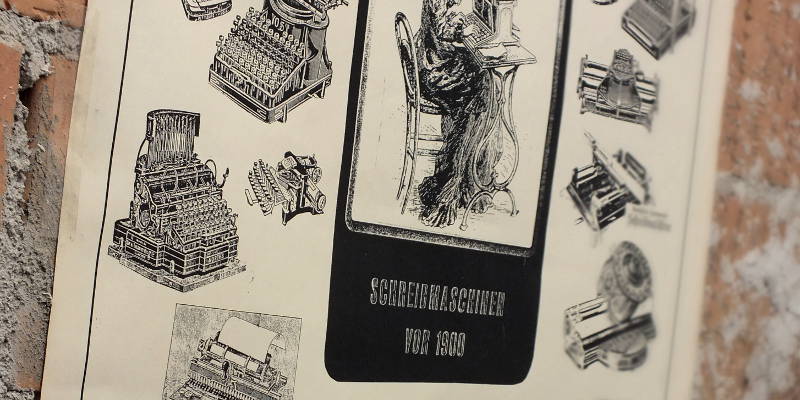 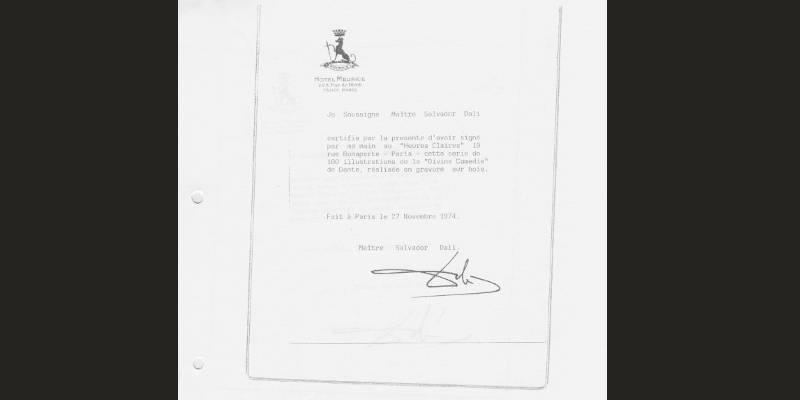 This certificate which should have proven the authenticity of an art piece by Salvador Dali was exposed as a forgery. The document was dated 1974. It turned out however that the typescript had been created with a Triumph Adler typewriter that was equipped with a type wheel “Excellent 47”. This type wheel was first produced in 1983. 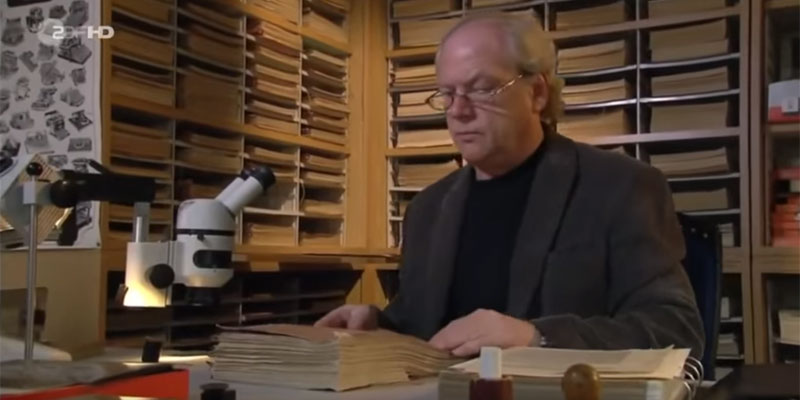 “After having thoroughly examined all typescripts from Erna Petra Hitler I conclude that those documents are authentic. For the simple reason that the typewriter that had been used or the highest possible age of the typewriter that had been used is not in conflict with the dating.”
Paraphrase of a quote of Bernhard Haas taken from the ZDF History documentation about Hitler’s family. 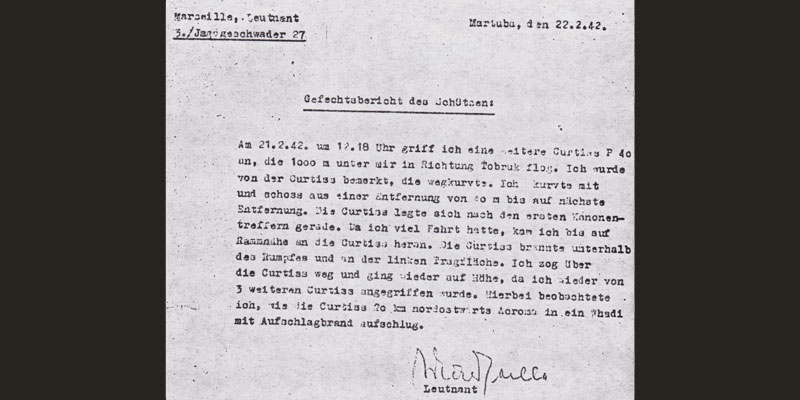 The authentic combat report by lieutenant Marseille, dated 22nd Feb 1942, was written on a German typewriter (likely Triumph) manufactured between 1930 and 1940.
The typeface of this typewriter shows amongst others the old type models “M w” (closed middle element). 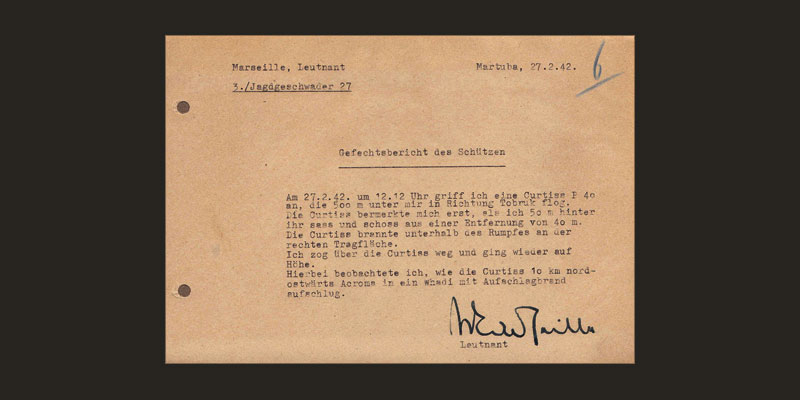 H. J. Marseille was a German fighter pilot during World War II. On the battlefields of northern Africa he became known under the name “Star of Africa”. The combat report of lieutenant Marseille, dated 27.2.1942, has been written with a German typewriter, equipped with the Pica type font “Ro 1″, whose earliest year of construction starts in 1964. The type font was produced by “Ransmayer & Rodrian” in Berlin und contains the following new types

The results of the typescript examination are therefore in contradiction to the date 27.2.1942 of the combat report. 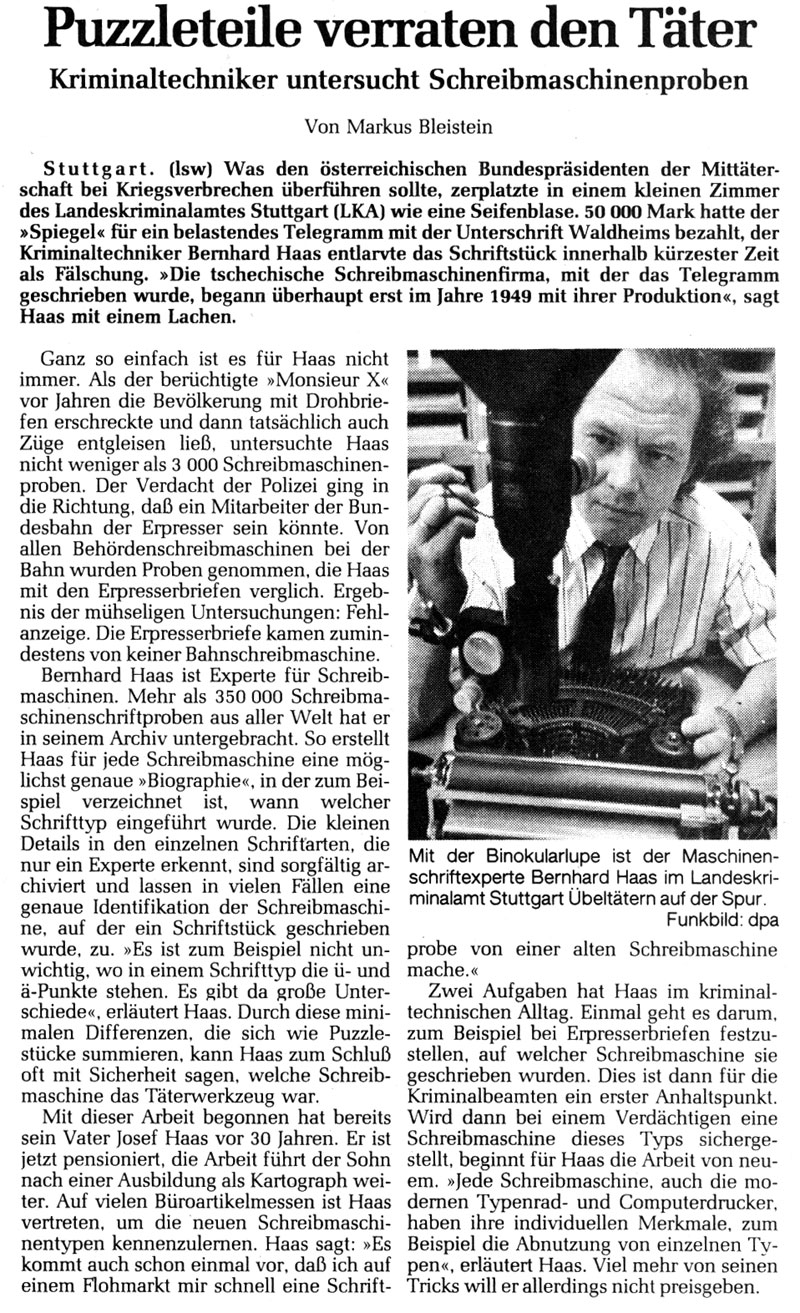 From an article by Markus Bleistein:

What should have found the Austrian federal president guilty in war crime complicity, bursted like a bubble in a small room of the Landeskriminalamt Stuttgart (LKA). 50.000 Deutsche Mark was the price for an incriminatory telegram signed by Waldheim that the “Spiegel” had paid for. The forensic scientist Bernhard Haas exposed the document within a short time as a forgery. The Czech typewriter manufacturer that had produced the typewriter that was being used to type this document had started production first in the year 1949. 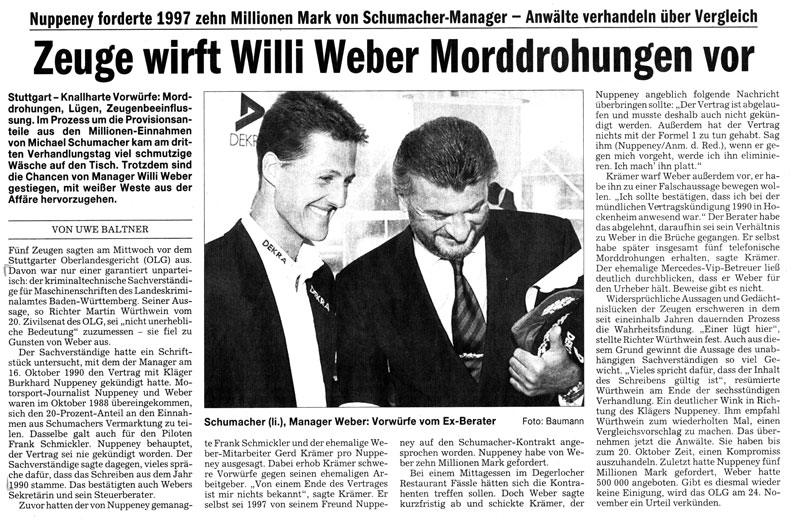 Paraphrase of an article by Uwe Baltner in the newspaper “Stuttgarter Nachrichten” dated 30.09.1999:

“Five witnesses attested today in front of the Oberlandesgericht (OLG). Only one of them was assuredly unbiased:
The forensic expert for typescript [Bernhard Haas] of the Landeskriminalamt Baden-Württemberg. According to judge Martin Würthwein his testimony is of significant importance – which was in favor of Weber.
The expert had examined a document that the manager created on 16th October 1990 to terminate his contract with the complainant Mr. Burkhardd Nuppeney. Motorsports journalist Nuppeney and Weber came to an agreement in October 1988 to share the 20% commission on Schumachers marketing revenue. The same was true for the pilot Frank Schmickler. Nuppeney claimed that the contract had never been terminated. The expert however stated that many aspects are in disfavor of the document being dated in the year 1990.” 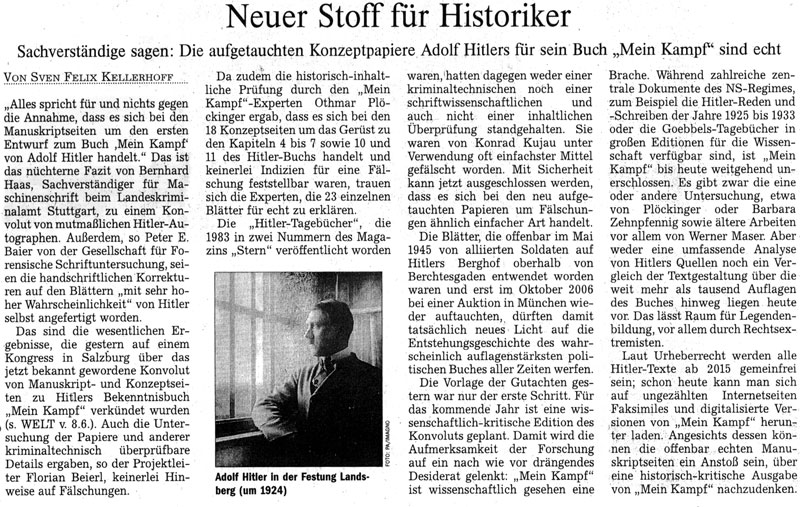 “Everything is in favor and nothing is against the assumption that the manuscript pages are the first draft of the book ‘Mein Kampf’ by Adolf Hitler. This is the matter-of-fact conclusion of Bernhard Haas, forensic expert for typescript at the Landeskriminalamt Stuttgart, to an omnibus volume of alleged Hitler-autographed documents.” 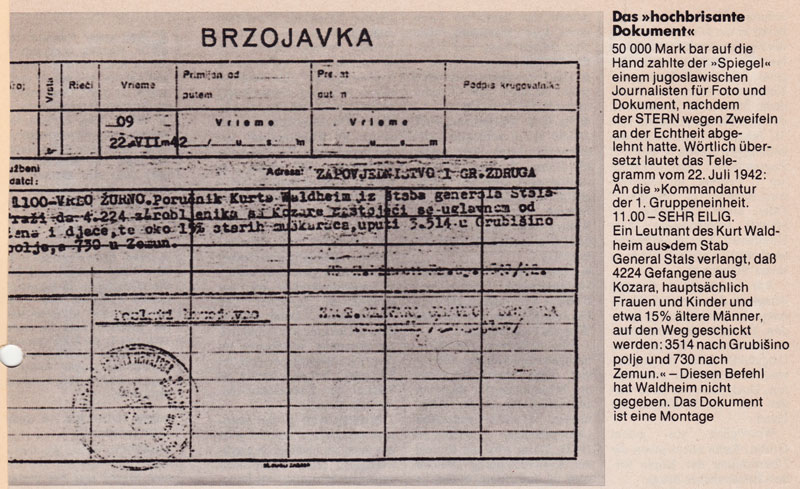 The telegram published in 1988 was supposed to incriminate the Austrian federal president Kurt Waldheim. However it was written with a Czech typewriter which was being produced earliest in 1949. The results of the typescript examination and archive research are thus contrary to the date “22.VII.42” on the telegram.

23 typoscript pages of the book “Mein Kampf” by Adolf Hitler were being auctioned in Munich in October 2006. Those pages that have been taken by allied soldiers from Hitler’s Berghof next to Berchtesgaden turned out to be authentic. This was proven by a forensic and a historic examination of the typoscripts. An anaylsis of the typewriter and typefont showed that 18 pages of the typoscript had been written with the Remington typewriter that had been provided to Adolf Hitler in the penitentiary in Landsberg. There are several reference samples of this typewriter in the local archive.