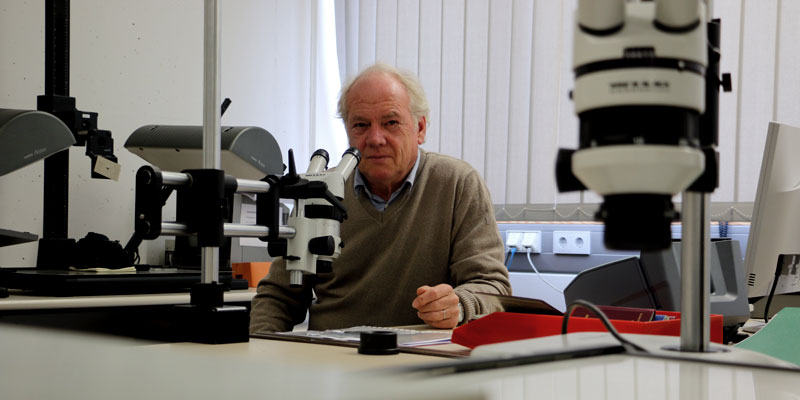 “Father and son: The Haas-Dynasty
What a family history: Benhard Haas’ father has already worked for the State Office of Criminal Investigation (LKA) in the same capacity as typewriter epxert. Haas senior was one of the most well-known criminalists of Europe and built the largest typescript collection in the world, which has now grown to close 300 000 samples – ‘the foundation of our work’, says Bernhard Haas. Haas junior has been an apprentice to his father for six years, continued his work and has written more than 9000 expert reports in his 39 years at the LKA.”
Rems-Murr Rundschau, Nr. 144 from 26th June 2015, Author: Peter Schwarz, Translation: Alessandro Haas 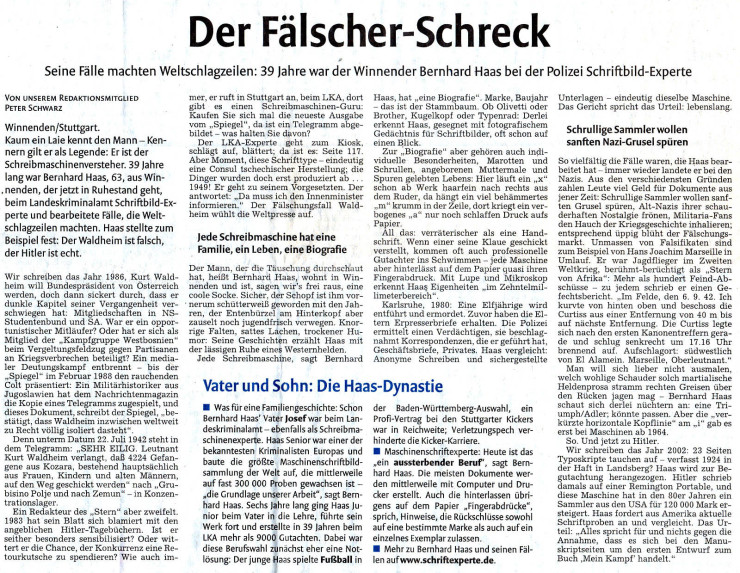